The five permanent members of the United Nations Security Council said they believe that achieving a nuclear-free world is a step-by-step process and refused to sign last year’s nuclear ban, while reaffirming their commitment to the 1968 Nuclear Non-Proliferation Treaty.

Russia, Britain, China, the United States, and France noted in a joint statementon Monday that they oppose a nuclear ban treaty and have refused to sign it.

“We firmly believe that the best way to achieve a world without nuclear weapons is through a gradual process that takes into account the international security environment. This proven approach to nuclear disarmament has produced tangible results, including deep reductions in the global stockpiles of nuclear weapons,” the statement reads.

The five permanent members of the UN Security Council stressed that the Nuclear Weapon Ban Treaty, which was passed at a major UN conference on July 7, 2017 and has yet to be ratified by the major powers, “fails to address” the key problems standing in the way of lasting nuclear disarmament and contradicts and “risks undermining” the Non-Proliferation Treaty (NPT).

“It ignores the international security context and regional challenges, and does nothing to increase trust and transparency between States. It will not result in the elimination of a single weapon. It fails to meet the highest standards of non-proliferation. It is creating divisions across the international non-proliferation and disarmament machinery, which could make further progress on disarmament even more difficult,” the statement reads. The five NPT-designated states with nuclear weapons went further, calling on those considering backing the new treaty to think about its consequences for “international peace and security.”

“We will not support, sign or ratify this Treaty. The TPNW will not be binding on our countries, and we do not accept any claim that it contributes to the development of customary international law; nor does it set any new standards or norms. We call on all countries that are considering supporting the TPNW to reflect seriously on its implications for international peace and security.” 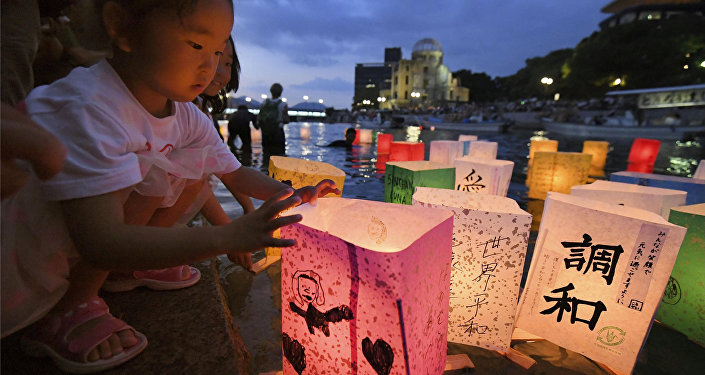 Instead, they pledged their commitment to the Non-Proliferation Treaty of 1968, saying that the ultimate goal is a nuclear-free world on conditions of “undiminished security” for all.

The so-called Nuclear Weapon Ban Treaty is the first legally binding agreement prohibiting nuclear arms. It was adopted on July 7 by more than 120 UN member states. The document bans a whole range of nuclear-weapon-related activities, including their development, production, manufacturing and possession.

The treaty was opened for signature on September 20 at UN Headquarters in New York. As of October 29, 2018, 69 countries have signed and and 19 states have ratified the accord; however, the nuclear powers had boycotted the treaty.

So far, the Non-Proliferation Treaty of 1968 has remained the primary legal framework for the nuclear activity of the international community, being the only binding commitment in a multilateral treaty with the goal of disarmament by the nuclear states.